Interview with Future of Government

Speaking exclusively to FutureGov, Dr. Ramazan Altinok, Head of E-government Project Group, Office of the Prime Minister of Turkey revealed how the government successfully implemeted a national ID database which formed the backbone of the country’s e-government infrastructure.
Photos

The Central Civil Registration System, or MERNIS, is a centrally managed system where any changes in civil status and the addresses of citizens are registered electronically in real time over a secure network by 923 district civil registration offices.

“Currently, the MERNIS database houses more than 130 million personal data files managed by 11,000 civil servants. It has been successfully implemented with more than 800 public bodies using up-to-date data from the system, increasing efficiency of their services,” said Altinok, interviewed on the sidelines of FutureGov Forum Malaysia.

The National Judiciary Network Project, or UYAP, is one such system which leveraged the national ID number. “It is an e-justice system which facilitates the flow of e-documents and sharing of information across all courts, public prosecutors services, prisons, other judicial institutions and government departments,” he explained. Users include 65,000 employees of the Ministry of Justice and 70,000 lawyers and citizens.

Citizens can initiative lawsuits online, follow the status of their cases and use a short-message-service (SMS) through their mobile phones to find out if they are any pending law suits against them. The system also sends out SMS alerts to people who need to attend court.

“Sixty to 85 per cent of e-government projects either fail completely – where they were never implemented or abandoned quickly after implementation – or were partial failures where critical goals were not achieved,” noticed Altinok. “There is a huge gulf between the rose-tinted hype about technology’s role in the public sector and the actual reality.”

Altinok stressed that technology accounted for only 20 per cent of the success of e-government initiatives. Other critical factors include business process reengineering (35 per cent), change management (40 per cent) and luck (5 per cent).

“We believe change management is important at all levels of government, whether central or local. Of the 111 actions under our National Information Society strategy, 20 of them are related to change management,” he said.

The Turkish government believed that political will and leadership must drive e-government transformation. Legislation, infrastructure, organisational structure, human resources and proper communication systems should be in place. Such an environment allows for common databases which will support e-government services.

The Interview was published in the following Magazine. 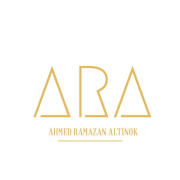